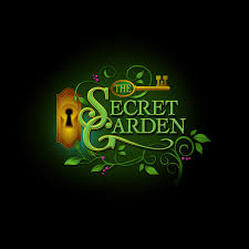 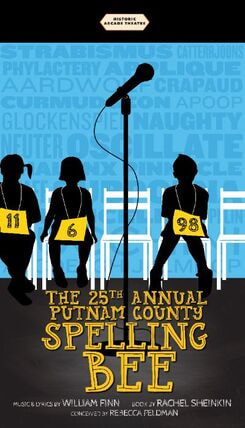 "Chamberlain is a stand-out in the role, capturing her character’s soft, heart-wrenching vulnerability in a way that makes her endure long after a victor is declared and the trophy awarded." -Artswfl.com

"Ms. Chamberlain’s “My Friend, the Dictionary” and “The I Love You Song” are also show-stoppers, the latter particularly a heart-breaker, as the little girl imagines her mother and father singing to her about how much they love her." Nancy Stetson-Florida Weekly.com

​"Anne Chamberlain has a beautiful singing voice, whether singing lightly in head voice or belting full out. There is such a vocal clarity and trueness of placement and pitch that one could listen to her sing all day. Her standout vocal solo moment is in the song "Carrie" at the top of the show.
-John Lariviere Talkin’ Broadway.com

"And as the title character, Anne Chamberlain delivers arguably her best performance yet, one that evolves from shoegazing interiority to emotional and physical transcendence; at times, she almost seems to levitate. It's a triumphant, inspiring performance that digs deep and soars high."
-John Thomason Broward New Times

"The winsome and winning Chamberlain has built an enviable reputation as a solid actress who can issue a gorgeous pure “head voice” or a Broadway belt. She was memorable in supporting roles as the troubled daughter in next to normal and Cinderella in the tongue-twisting Into The Woods. Now she has a lead part right in her wheelhouse and she does it justice. Her Carrie starts as a church mouse without succumbing to stereotypes and then – this is the challenge – convincingly grows into someone discovering confidence and self-worth, illustrated in the song “Why Not Me?” as she looks forward to the prom. There’s an especially telling moment when her plaintive little girl voice suddenly gives way to an agonized rock n’ roll wail at the moment she feels betrayed."
–Bill Hirschman, Florida Theater Onstage 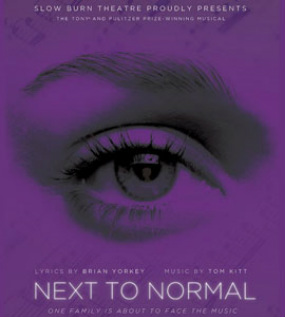 "Chamberlain deliver’s Natalie’s feeling of estrangement from Diana that has poisoned her ability to risk herself in a relationship. The winsome Chamberlain is nearly a decade older in real life, but she is absolutely credible as a late adolescent tied up in knots, forced to grow up too quickly and who is feeling her way into young adulthood through a very dark room. As she proved as Cinderella in Slow Burn’s Into The Woods, Chamberlain has a glorious voice that imbues even Yorkey’s most poetic lyrics with a sense that they could come from the mouth of a pre-Millenial."
-Bill Hirschman Florida Theater On Stage

"Anne Chamberlain does a fantastic job as their daughter Natalie, an angsty teenager who resents her mother but eerily mirrors her issues. If you aren't already in tears, her resolution to stay by her father's side and strength during his breakdown will surely leave you a complete mess." -Michelle Petrucci Broadway World
​
"Chamberlain has effectively modified her singing voice from its usual round loveliness to a more youthful, forward placement to capture the sound of 16-year-old Natalie. She is really quite convincing at playing a role several years her junior without being presentational."
-John Lariviere Talkin' Broadway 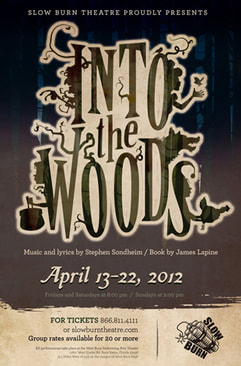 "The cast thoroughly entertains throughout the show. Stand-outs include...Anne Chamberlain’s aching rendition of Cinderella’s “No One Is Alone”." -Charles Runnells News-Press/Sun Time

Some individuals go beyond exemplary enunciation to parse out the almost Shakespearean complexities of Sondheim’s pretzel verbiage. One sterling example is Anne Chamberlain as Cinderella rationalizing that making no decision is the safest decision in “On the Steps of the Palace.” Chamberlain finds every nuance in the classic Sondheimian ambivalence, making comprehensible such lyrics about her prince-suitor. -Bill Hirschman Florida Theatre On Stage

Anne Chamberlain’s tender take as Cinderella on No One Is Alone is pure perfection.
-Michelle F. Solomon Miami Art Zine

"Other standouts in the cast include Slow Burn veterans Anne Chamberlain as a sweet-voiced Cinderella (who sings the show’s concluding message song, No One Is Alone, an anthem of community)" -Hap Erstein Palm Beach Arts Paper 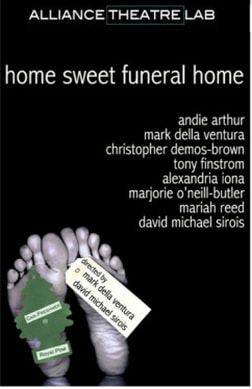 "The event is attended solely by a not-especially-grieving widow armed with drinks (the delightfully arch and acerbic Anne Chamberlain)...Finstrom has penned terrific zingers and Chamberlain tosses them off with stylish verve...the production succeeds...as a showcase for the stronger actors...especially the chameleonic Chamberlain."-Bill Hirschman Florida Theatre Onstage 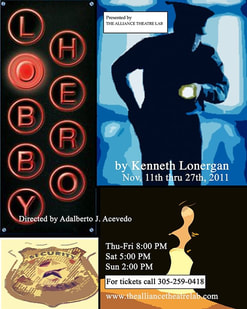 "The winsome Chamberlain is completely convincing as a lovely woman trying to be taken seriously for her own merits and who hides a vulnerability inside the tough veneer she believes she needs to survive the gritty streets and the male-dominated world of police politics. We hope we’ll see a lot more of her work in coming seasons." -Bill Hirschman Florida Theatre On Stage

"Dawn, Bill's probationary partner in the car and on the horizontal, is Anne Chamberlain and she's every bit of layered as Della Ventura and Sirois.  Not a lady to be scorned.  In fact, probably not a lady at all.  And remarkably fast with a nightstick.  And rabid vengeance." -Roger Martin Miami Art Zine

"Anne Chamberlain was wonderful as Dawn, striking the balance we think the playwright intended for her character: half tough "New Yawk" chick, half wide-eyed, vulnerable young girl. The cocky gum-chewing expression on her pretty, delicate face morphed seamlessly to jealousy, pain, and anger as she portrayed her character's wide range of emotions."  -Camille Lamb Miami New Times 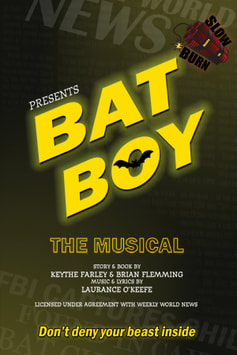 Anne Chamberlain (Shelley) must wait until late in the show to show off her beautiful singing voice with all the sweetness of Lea Salonga. Joe Harter as Pan also does a great job with the song "Children, Children." The best singing, acting and chemistry comes from Simon, Korinko, Chamberlain and Rick Pena (Bat Boy).